Whether you’re an experienced trader or new to the markets, you have definitely encountered many instances where emotion and psychology influenced your decisions, causing you to behave in unpredictable or irrational ways.

The main categories that these behaviours fall into, are the following: 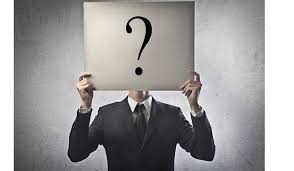 Gamblers fallacy relates to an individual’s lack of appreciation of probability. A simple example would be an individual believing that because a coin has flipped tails 10 times in a row, it is most likely to be a head next time. Or in a casino where the wheel has rolled a black 30 times in a row. The next one has to be red right? Not really.

When flipping a coin each flip is independent of the previous. The chance / odds are always 50%.

It is the same idea as if a stock has had positive returns for 10 days in a row. Just because it has experienced positive returns in 10 consecutive days, this alone does not necessarily mean tomorrow will be a down day.

Herd Behaviour is the idea that people feel most comfortable following the crowd and tend to assume that the consensus view is the correct one.

An example of herd behaviour is the dotcom bubble of the late 1990s when venture capitalists and private investors were frantically investing huge amounts of money into internet-related companies, even though most of these dotcoms did not (at the time) had financially sound business models.

The driving force that seemed to compel these investors to sink their money into such an uncertain venture, was the reassurance they got from seeing so many others do the same thing.

Over-confidence is concerned with an individual’s belief in their own abilities. Over-confident individuals look for ways to validate their own ideas, rather than searching out information that may potentially disprove their theories.

An additional trait of the over-confident investor is overtrading. Many studies have shown that as investors begin to over-trade, profits begin to erode. Over-confidence can lead to serious financial losses and is an emotion that traders would potentially ‘pay’ thousands to ‘control’.

One consequence of having emotion in the markets is the overreaction towards new information. According to market efficiency, new information should more or less be reflected instantly in a security’s price. For example, good news should raise a business’ share price accordingly, and that gain in share price should not decline if no new information has been released since.

Reality, however, tends to contradict this theory. Often, participants in the markets predictably overreact to new information, creating a larger-than-appropriate effect on a security’s price. Furthermore, it also appears that this price surge is not a permanent trend – although the price change is usually sudden and sizable – the surge erodes over time.

Prospect theory is increasingly being used to provide explanations for deviations from the traditional ideas on rational thought.

Prospect theory is specifically concerned with the idea that human beings are inherently irrational in their behaviours. The theory states that when individuals are presented with a number of choices their decision making becomes influenced by psychological factors rather than logic and calculation.

These factors create an environment where decision making becomes irrational.

A common example is the risk aversion behaviour, occurring when someone is exposed to the potential for financial gains, facing a series of choices similar to the below:

Which do you prefer?

The majority of people (traders included) would probably opt for option one, with their decision-making process being driven by the ‘guaranteed’ return available, coupled with a risk-averse response to option two where there is an opportunity for greater gains.

This is the irrational choice, even although the individual making the decision believes that they are acting completely rationally. If the respondents’ decision making had been rational, they would have made their decision using an accumulative investment portfolio approach, deducing that greater rewards were available through option two.